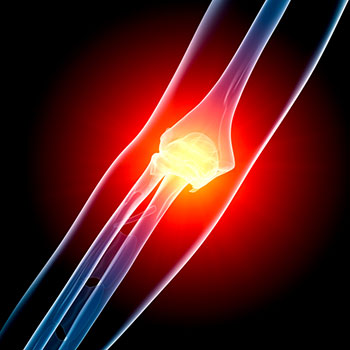 What is Cubital Tunnel Release?

Cubital tunnel release refers to a procedure where the structures that are compressing upon the ulnar nerve are moved away and the roof of the tunnel is cut off in order to relieve the pressure on the ulnar nerve.

The cubital tunnel is a small anatomical tunnel that is present in the inner aspect of the arm around the elbow joint. It is formed by tendons, bones and muscles and is called a tunnel as the ulnar nerve passes through it.

Sometimes, there is inflammation of this tunnel which can result in swelling and compression on the ulnar nerve. This causes pain and tingling in the forearm and hand along with muscle wasting in long standing cases. The procedure is called cubital tunnel syndrome.

What are the steps in Cubital Tunnel Release?

The procedure is performed under general anesthetic. The inner aspect of the elbow is cleaned with antiseptic solution. An incision is made to expose the cubital tunnel and the ulnar nerve.

Trimming the Roof of the Cubital Tunnel

The roof of the cubital tunnel is identified. Structures that form the roof are dissected or trimmed. In some cases, the nerve may be repositioned slightly to ensure that it is not compressed once the procedure is complete.

Once the procedure is complete, the skin incision is closed and a bandage is applied. Sometimes a small amount of local anesthetic is injected around the area to control pain. The effect of this can last for a few hours.

Following a cubital tunnel release, the patient is observed for a short period of time and is subsequently discharged home. They may experience numbness and tingling in the area of the operation and sometimes that may be mild swelling and tenderness. Patients are usually given painkillers to help counteract this, and the effects do not last for too long.

Many patients report a good recovery following cubital tunnel release. As is expected, there may be a small amount of scarring around the area of the operation which can last for a few months. Unfortunately, any muscle wasting that may have occurred due to the nerve compression may not necessarily recover. Patients notice that the tingling and numbness that they experienced when the ulnar nerve was being compressed has disappeared, but there may be some residual sensation that persists despite the tunnel release.

The risks are very few and if anything are related to the general anesthetic. On occasion, there may be minor damage to the nerve fibers around the elbow joint which can cause a bit of pain. The scar may become painful as well but this is rare. Some patients complain of excessive sensitivity in their hand with associated swelling in a condition called regional pain syndrome. This is easily treated with physical therapy.